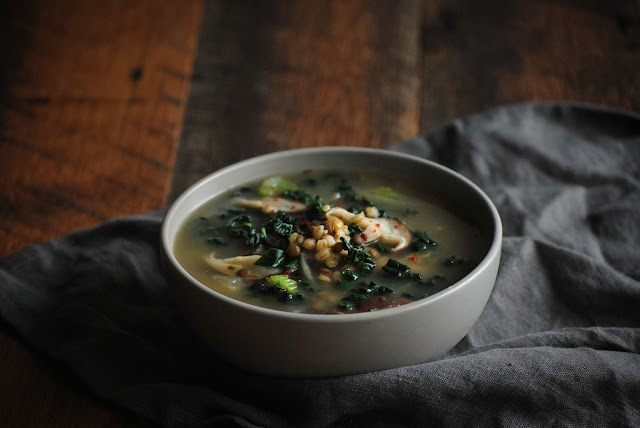 in my last post i explained why david and i challenged ourselves to follow a fully vegan diet for the month of october. there were a few slips ups on eggs and cheese while traveling one weekend and when david found himself at a work-related dinner without any vegan options. but besides those few slips, we did pretty well!

the shift in diet was fairly easy for me, but i already ate primarily vegetarian and had an expansive repertoire of vegan recipes. i guess the more surprising part was the lack of cravings for animal products (besides runny eggs!) also, i'm not sure if it was the change in diet or the change in seasons to colder, wetter weather, but i found myself eating a lot of carbs (grains, sweet potatoes, sprouted grain bread) and my sweet tooth was raging! david's sweets consumptions didn't change much though, so i'm not going to blame the vegan diet. but now for november, i'm considering giving up sugar for the month to recalibrate myself!

moving forward, i think we will both shift our diets towards more vegan foods. although i'm still not ready to give up pastured eggs and the occasional fancy cheese!! david enjoyed the fact that he wasn't buying lunches as much this past month, and i enjoyed the culinary challenge of coming up with new creative vegan meals - like this soup recipe - that would satisfy even our biggest meat-eating dinner guests. and if you didn't follow my suggestions from the last post, go now and watch cowspiracy! 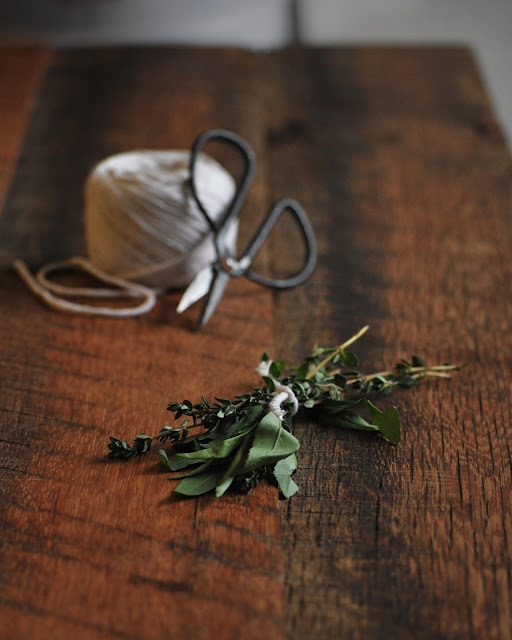 notes: i cooked my lentils and barley in separate pots, so that the finished broth was less cloudy and each ingredient was cooked to tenderness without getting mushy. i'm sure you could also make this a one-pot-meal, instead of dirtying three pots if you prefer. if you don't enjoy the flavor of tarragon, you could use only fresh thyme or add in some rosemary. finally, the takii powder is an amazing umami boost to the broth, but purely optional. the mushrooms, onions and herbs will give the broth plenty of flavor! 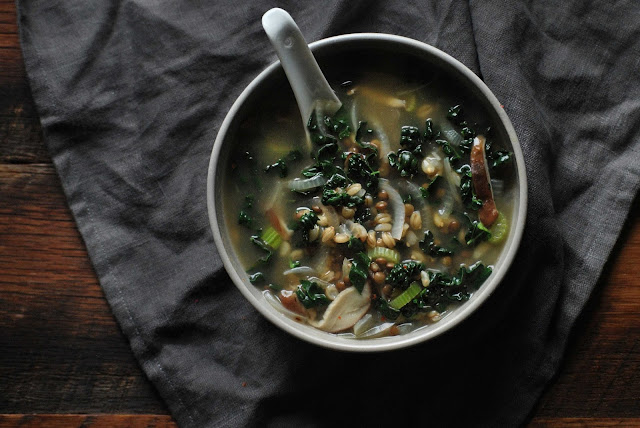 for the stock: crush/mince garlic and set aside for 10 minutes before adding to heat. slice onions and sauté with olive oil in soup pot for 5 minutes. add mushrooms and a pinch of salt and sauté for an additional few minutes until mushrooms are almost fully cooked. add chopped celery, garlic, chili flakes, salt, pepper, takii powder (if using) and 2 quarts of water. simmer on low for 15-20 minutes. during this time, you can clean the kale, remove the ribs, and slice into thin ribbons.

once stock is made and lentils and barley are fully cooked and rinsed, combine together in soup pot. make a small bundle of the fresh herbs, tied with kitchen string, and add to soup along with the sliced kale. if it looks like there isn't enough broth, add a bit more water. bring soup to a simmer for about 5 minutes, to wilt the kale and infuse the broth with the fresh herbs. serve with crusty bread and enjoy! 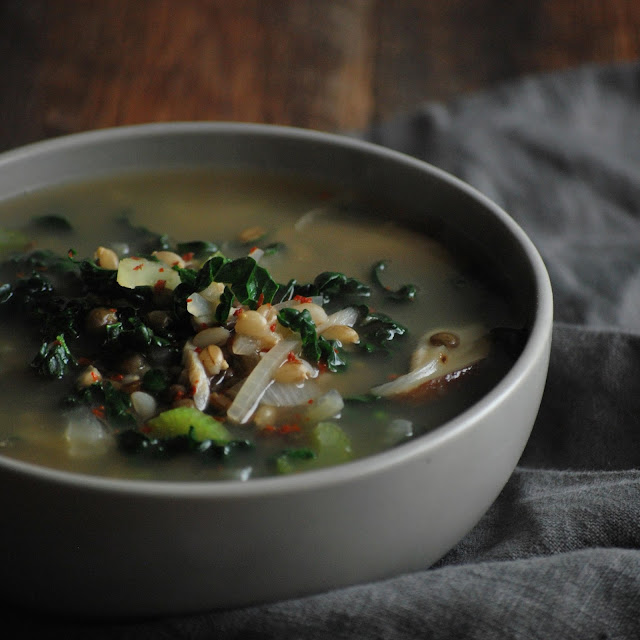