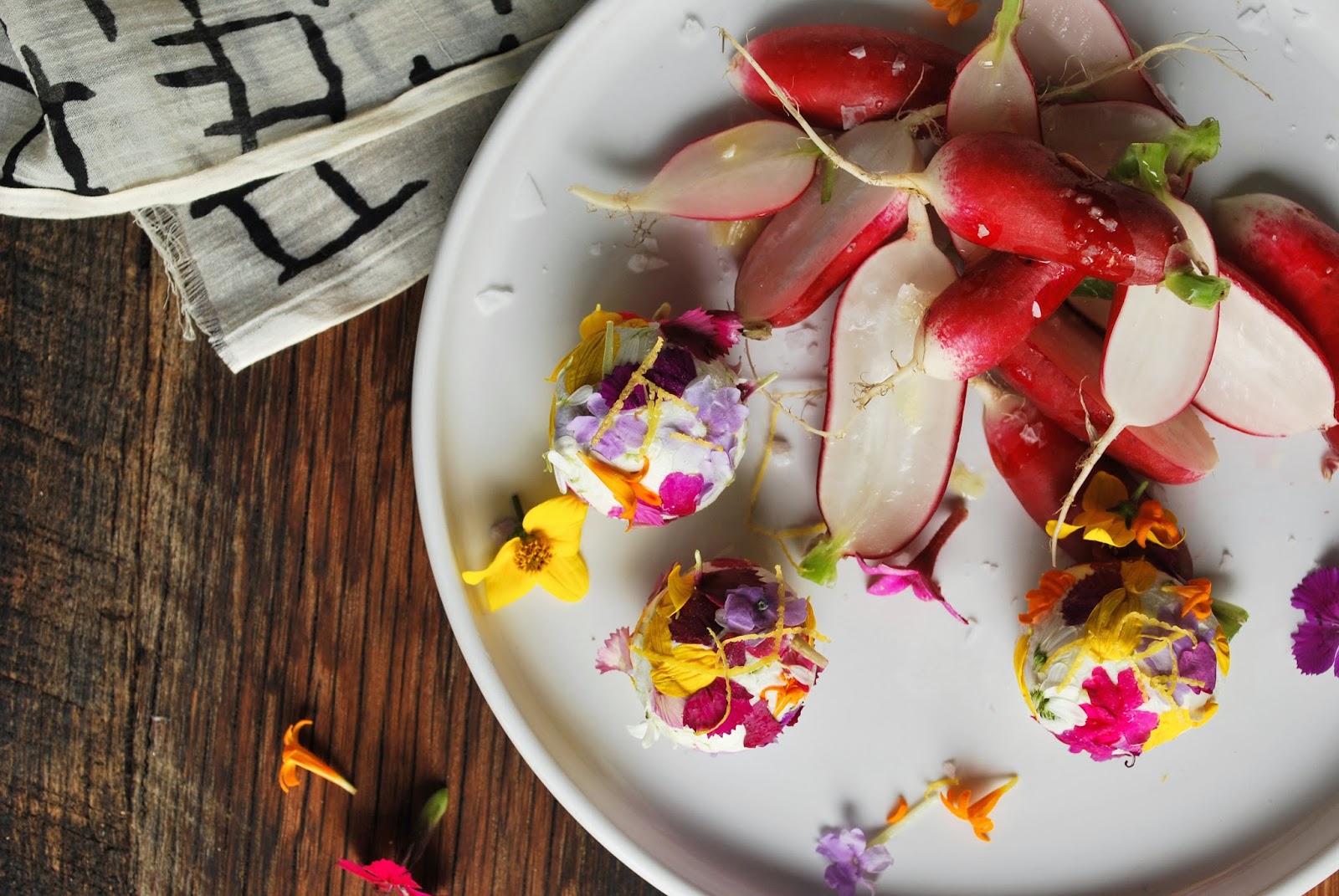 it's been many many years since my life revolved around an academic school year schedule, but now that david is teaching high school math it means spring break is a thing in our lives again. we've been looking forward to a weeklong spring break vacation together for quite sometime, but unfortunately our plans for a climbing trip were delayed several days by a climbing injury to david's shoulder. but after a week of rest, we were both antsy to get out of town.

we were headed north to squamish in british columbia, but made a detour to visit a fabulous chef friend of mine in edison, wa. i met chef ryan ross through a kitchen surfing gig, and instantly fell in love with her personality and flare for cooking nourishing, beautiful food. we grabbed drinks together with some other chefs after the kitchen surfing event and she told me about the incredible network of farmers, bakers and chefs growing together in bow-edison, where she recently moved to straight from brooklyn to be with her (now) fiancé. once she set her roots here in the northwest, she started working in partnership with various skagit valley farms and producers to build the bow-edison food trail. when i heard about the food trail, i knew it would be worth the detour to spend some time in ryan's neck of the woods. 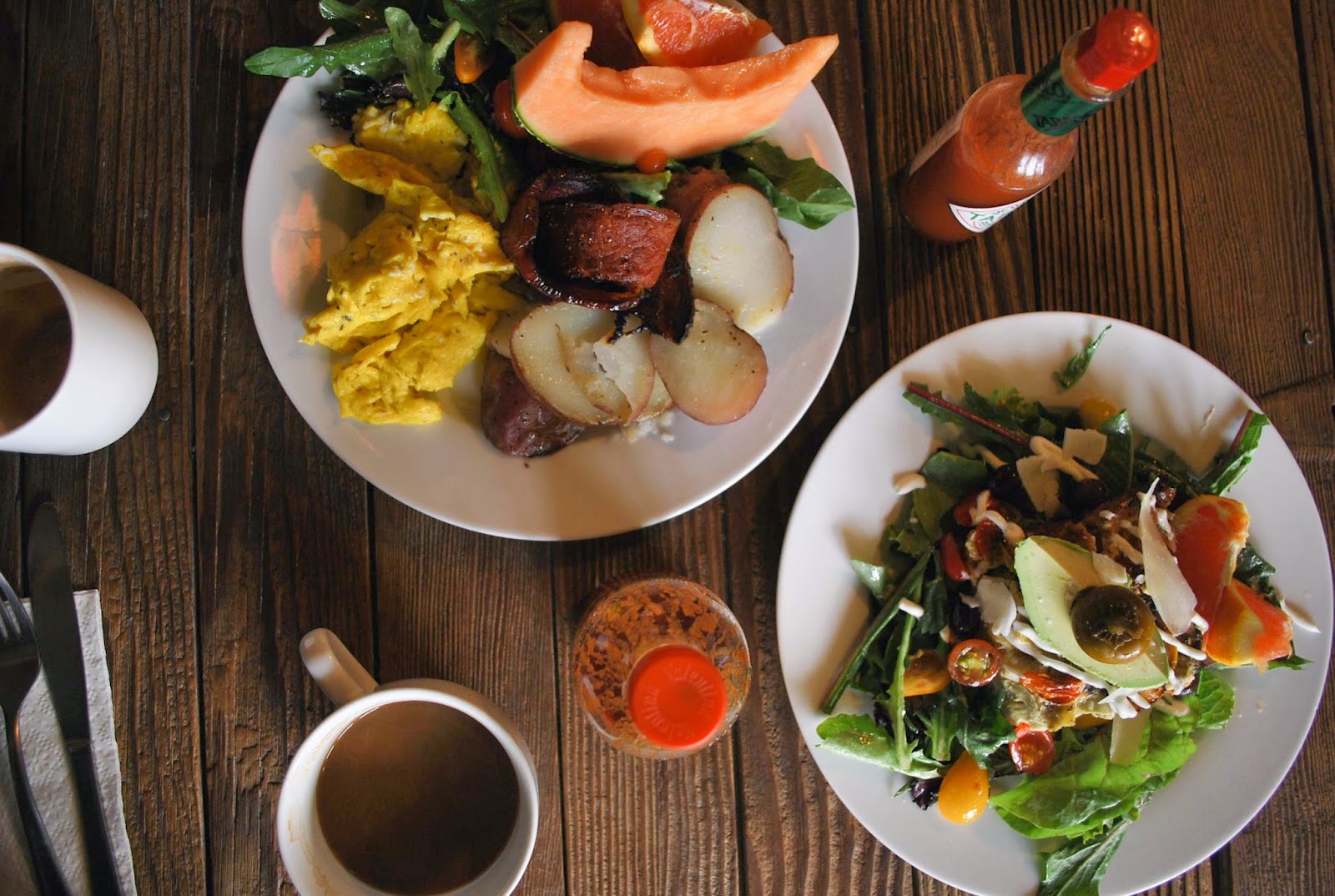 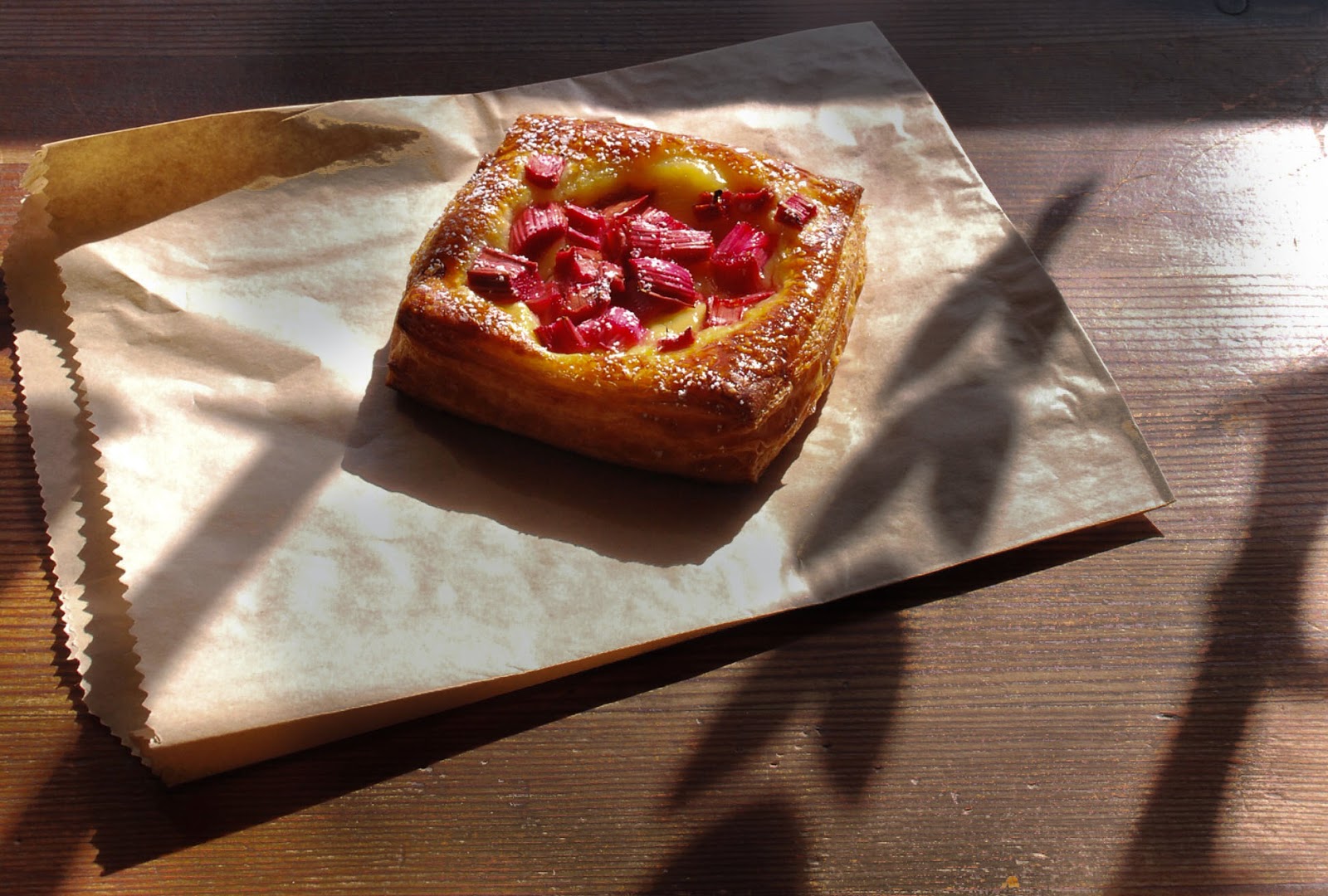 we spent the day bopping around to various creameries and shops on the food trail, got a tour of the organic farm where we stayed in an adorable airbnb cottage, and then wandered over to ryan's home for an incredible meal and spectacular view of puget sound! ryan and her guy insisted that we check out tweet's and the breadfarm before leaving town, so the next morning we sat down at tweet's - the cutest small town cafe i've ever seen - for one hell of a meal and then snagged a smattering of indulgent baked goods from the breadfarm to sustain us on our climbing trip. from there, we took the scenic route along chuckanut drive through to bellingham, across the canadian border and winding up highway 99 gazing out at the islands until we reached squamish. this was the first time i had tagged along with david to climb in squamish, and already i can't wait to go back! the forest is magical, the scenery inspiring, and the climbing was fantastic! we met up with some seattle folk, climbed for two beautiful days in glorious sunny spring weather, and then packed up our campsite and begrudgingly drove home. 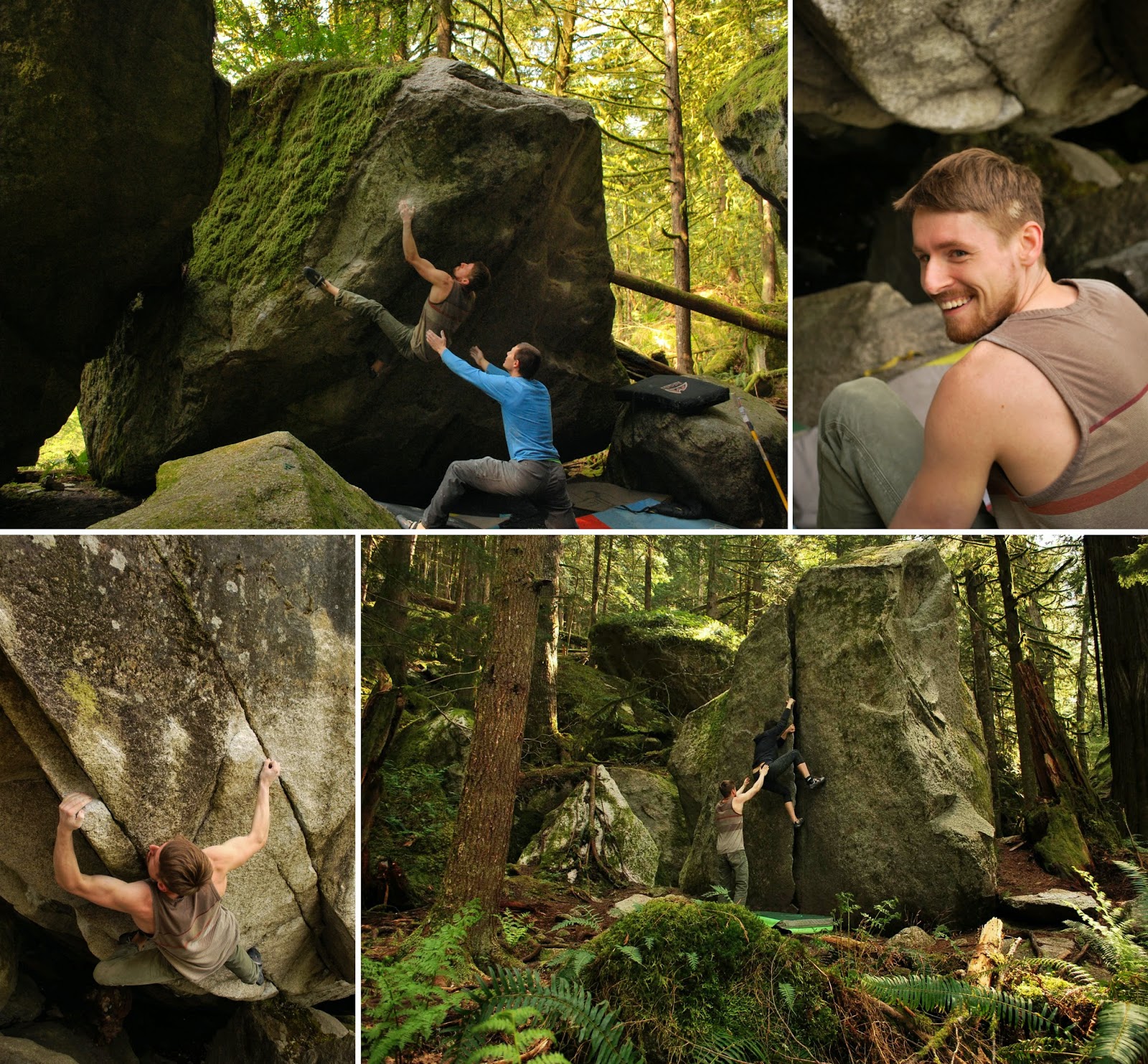 it feels wonderful to have spring break back in my life again! such a wonderful opportunity to take time to appreciate the season and explore the pacific northwest in one of its best seasons! as we go further into the spring season, more of the seasonal farmers markets are opening up around seattle with growing quantities of spring produce each week. i've been enjoying spicy fresh radishes on a regular basis - tossed into salads or topped on my avocado toast. but today i wanted to share a simple yet elegant little bite inspired by the appetizer chef ryan was serving up when i first met her. her bites featured beautiful edible flowers grown near her home in edison (of course). although i don't have a garden in which to grow edible flowers, i did get my hands on some fresh origins edible flowers from the folks at marx foods. think of this little bite as a twist on the classic combo of radishes with butter and salt. delightfully springy! 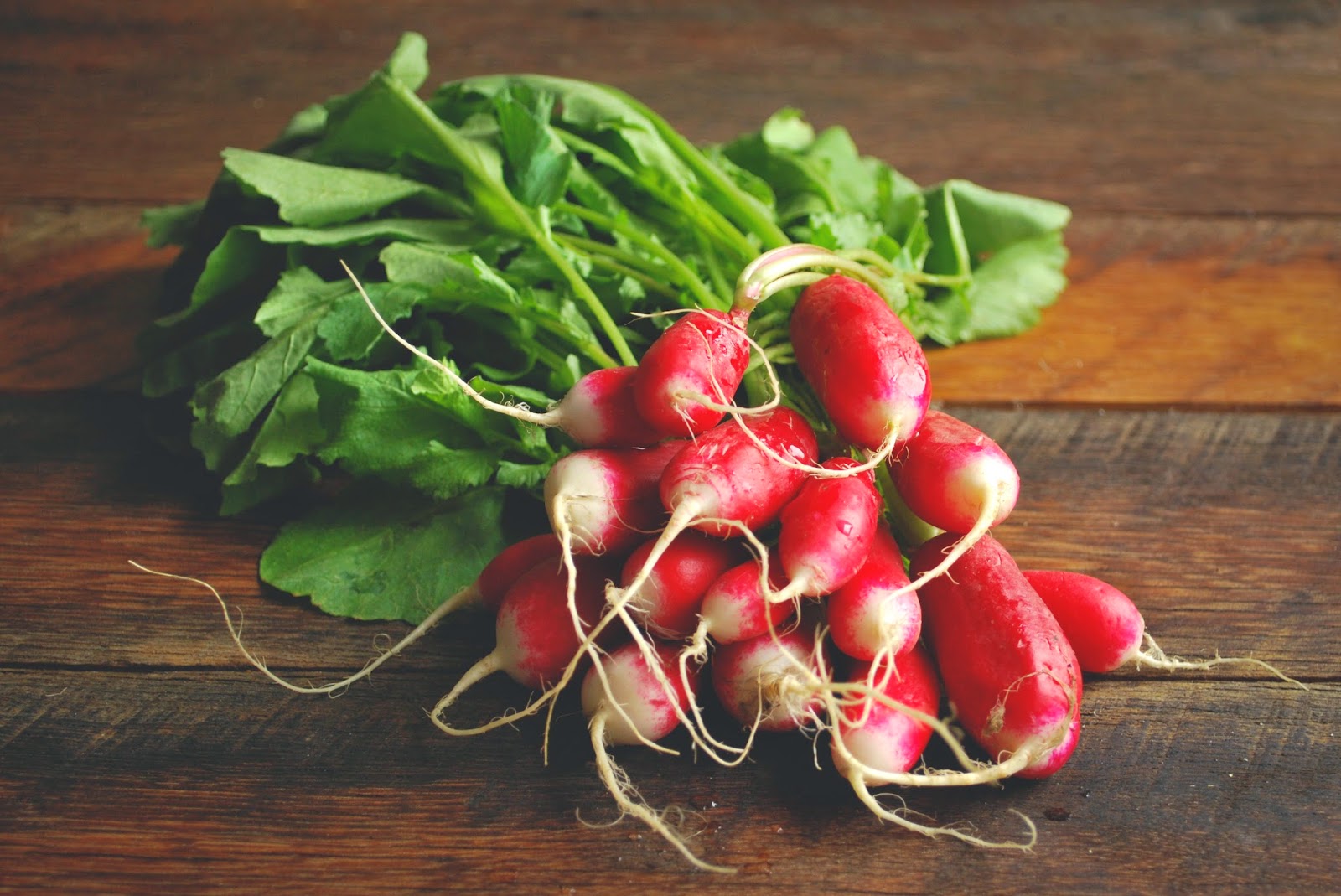 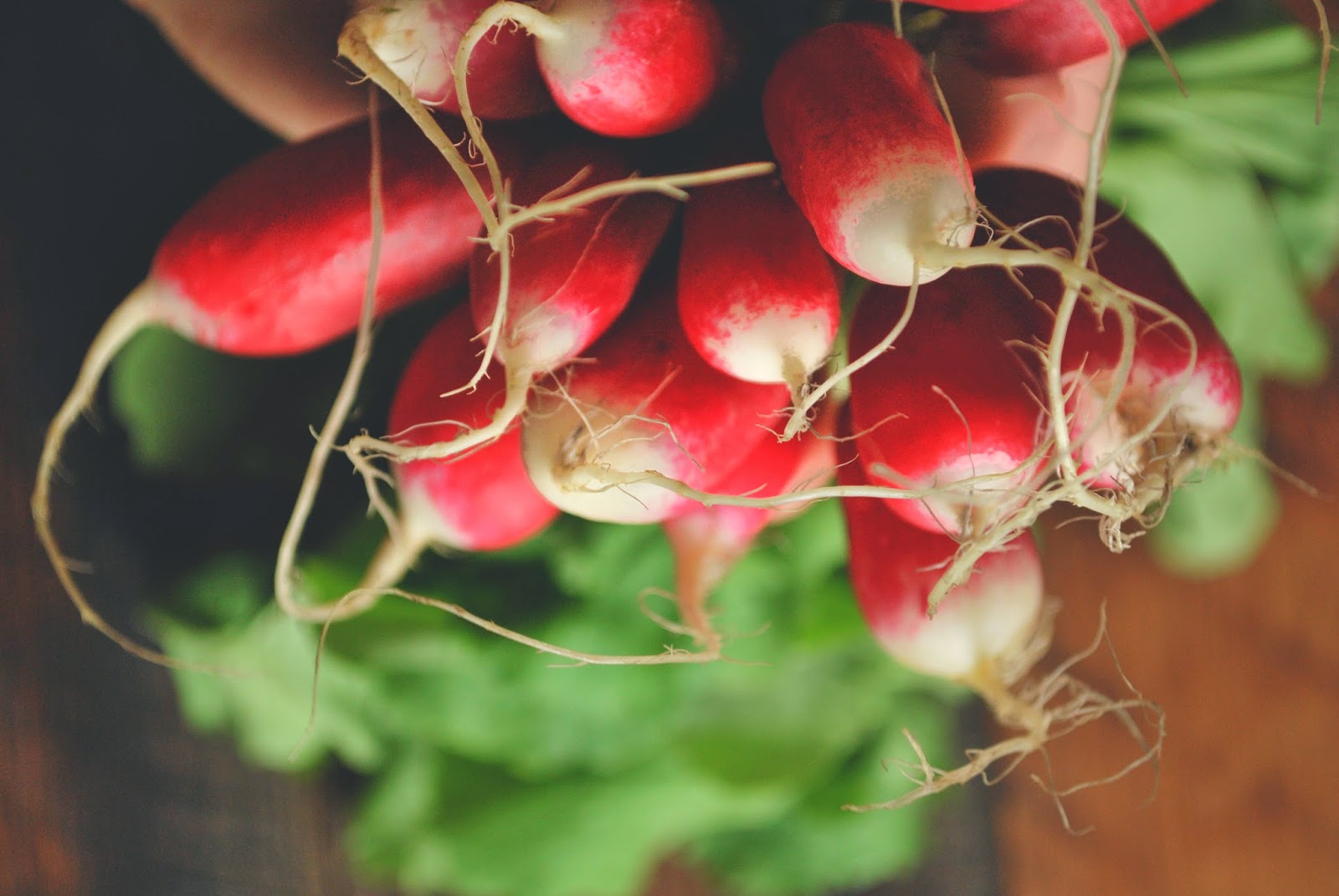 note: i used the micro flower blend, which included micro marigolds, sun daisies, dianthus, white mums, bachelor buttons, micro orchids and starflowers. whatever edible flowers you use, just be sure that they are organic! do not use flowers from a florist, as they will be laden will rather toxic chemicals and pesticides.

smash goat cheese with a bit of fresh cracked pepper and the zest of one lemon. form cheese into 4 equally sized balls. cut or break off the petals of the flowers (play a long game of he loves me, he loves me not...) and place in a small dish. roll the cheese through the pedals and then toss around in cupped palms to flatten pedals into the cheese.

serve with radishes, washed and halved, drizzled with olive oil and sprinkled with sea salt & cracked black pepper. i think the goat cheese is best served at room temperature, so that it can be easily spread onto a bite of radish without crumbling off your radish. 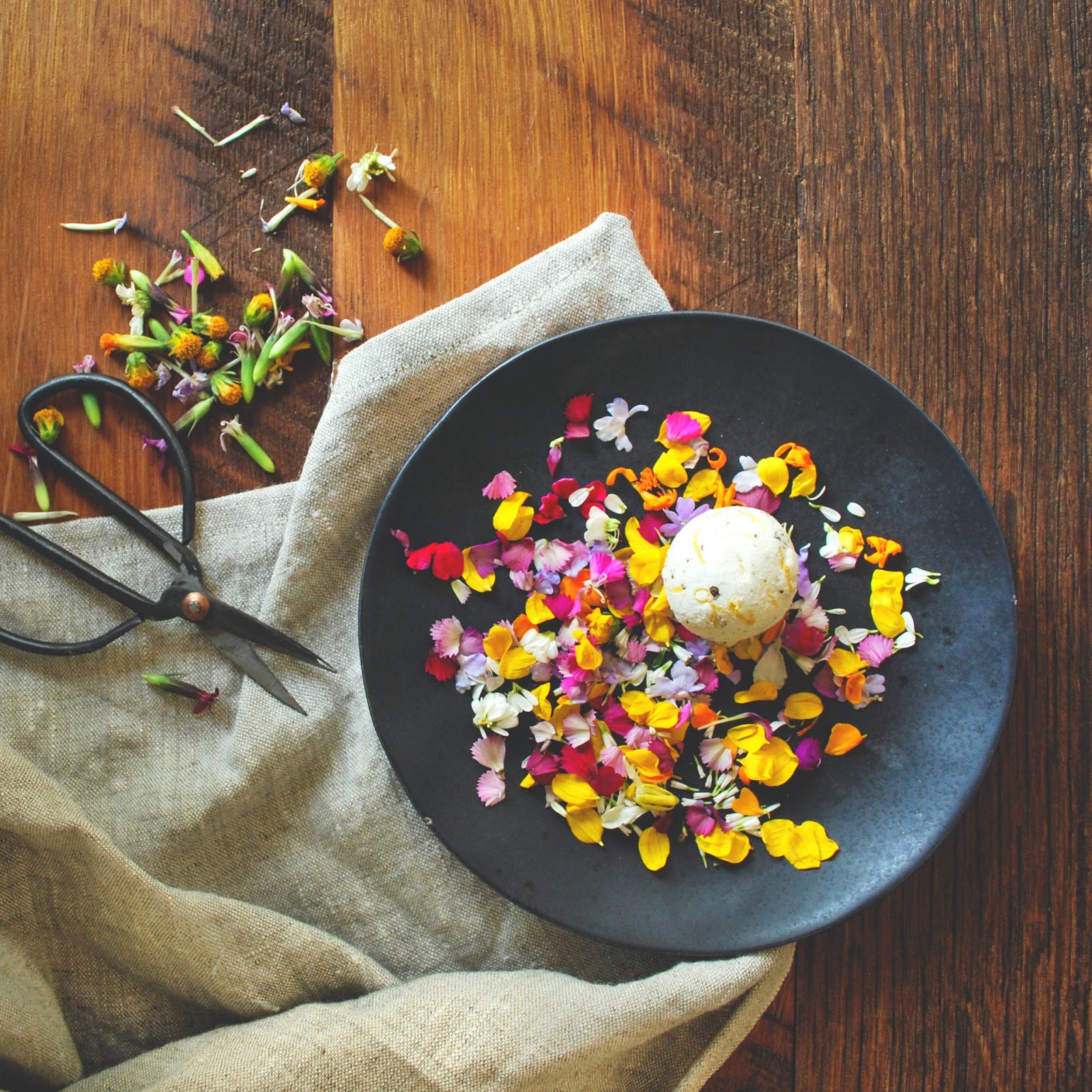 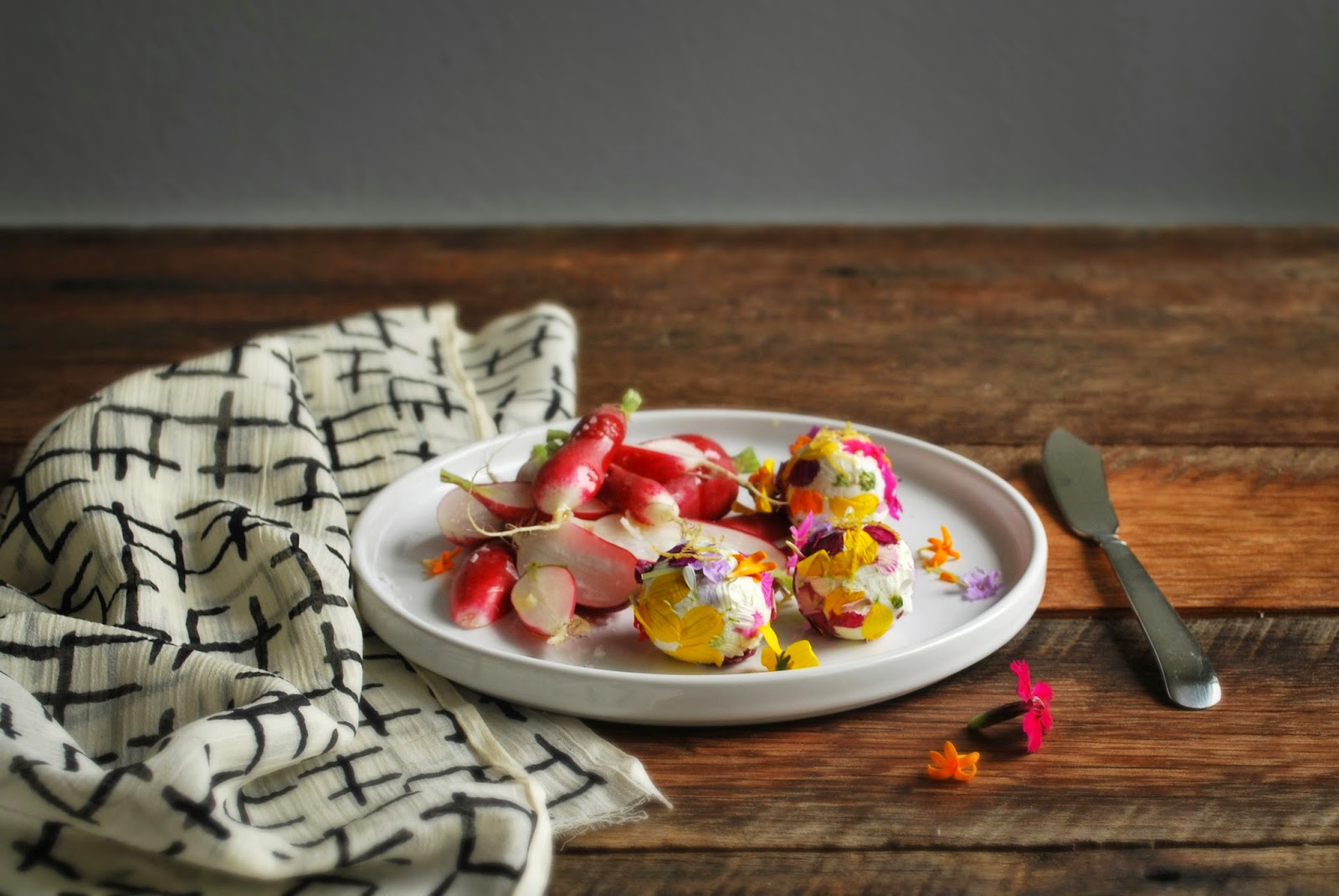